We are thrilled to announce that IBM has joined our mission to democratize access to Space.

An Earth Observation and in-orbit Edge Computing payloads from IBM were integrated on our software-defined NanoSat, Platform-1 and launched from Cape Canaveral, FL. 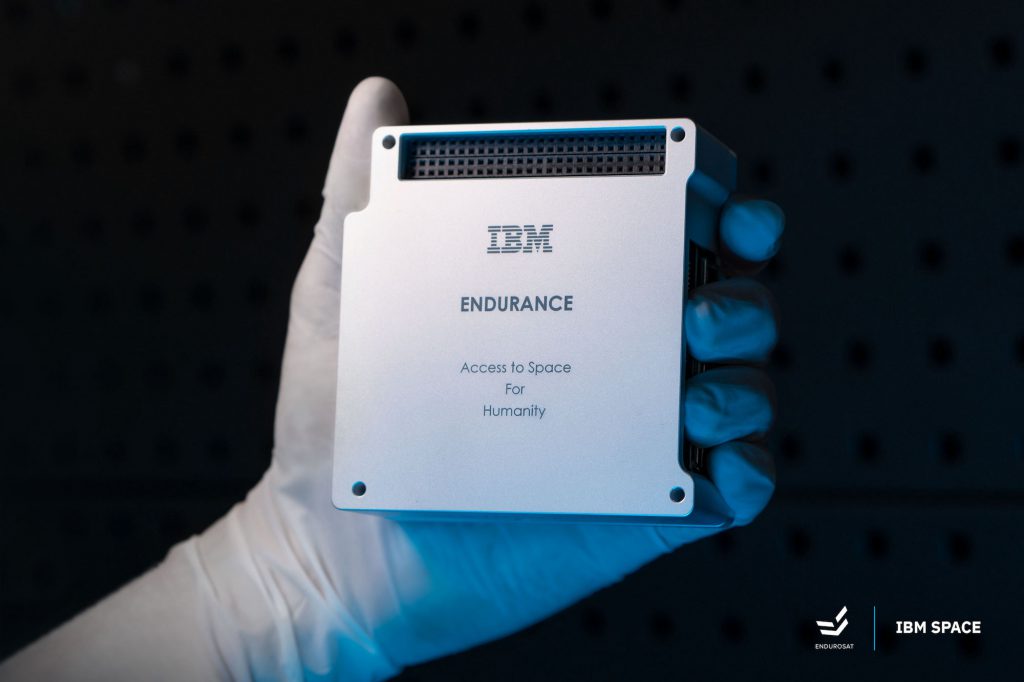 EnduroSat is working with IBM to provide developers and students around the globe with a fast and easy way to process space data even before getting it back to the ground. IBM’s project, codenamed “Endurance”, uses IBM’s edge computing in space solution. It is designed to help more people discover the wonders of space, using IBM and Red Hat hybrid cloud technologies. In a hybrid cloud environment, student participants will be able to securely host, access and push code on IBM Cloud, which will connect to EnduroSat’s Digital Mission environment, then a ground station, and ultimately, the NanoSat. The code will be used to access data from various sensors, take pictures, perform calculations, and get the results back to Earth. 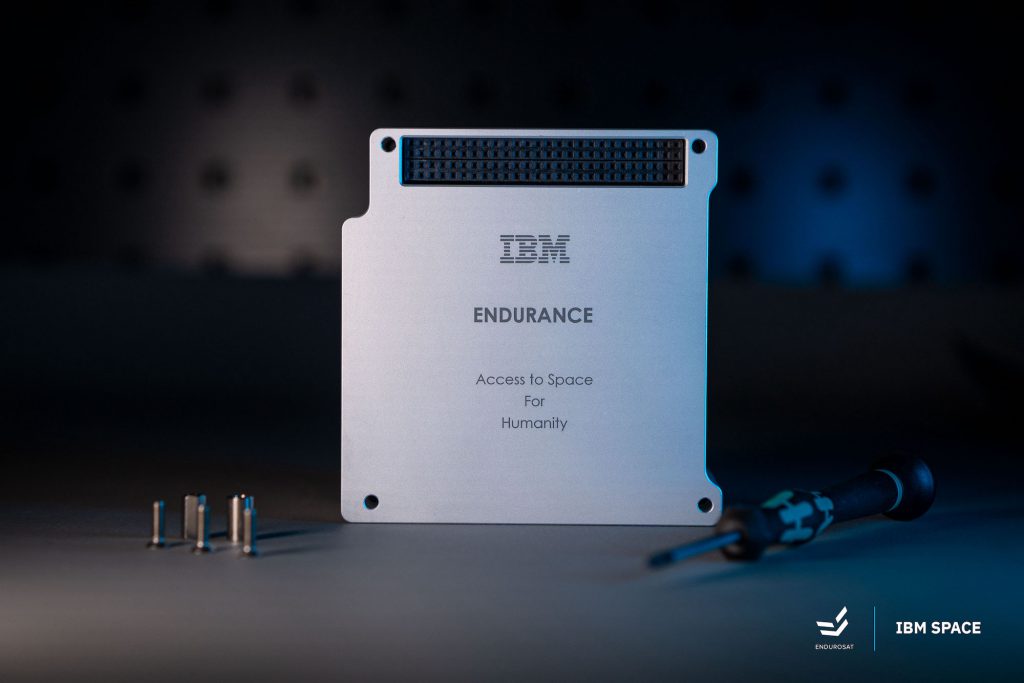 We are thrilled to welcome IBM onboard our Shared Sat Missions. We are excited to see the rapid data services deployment and the innovations that our partners are unleashing in orbit. The collaboration between EnduroSat and IBM is a major step in bringing space closer to users on the ground. 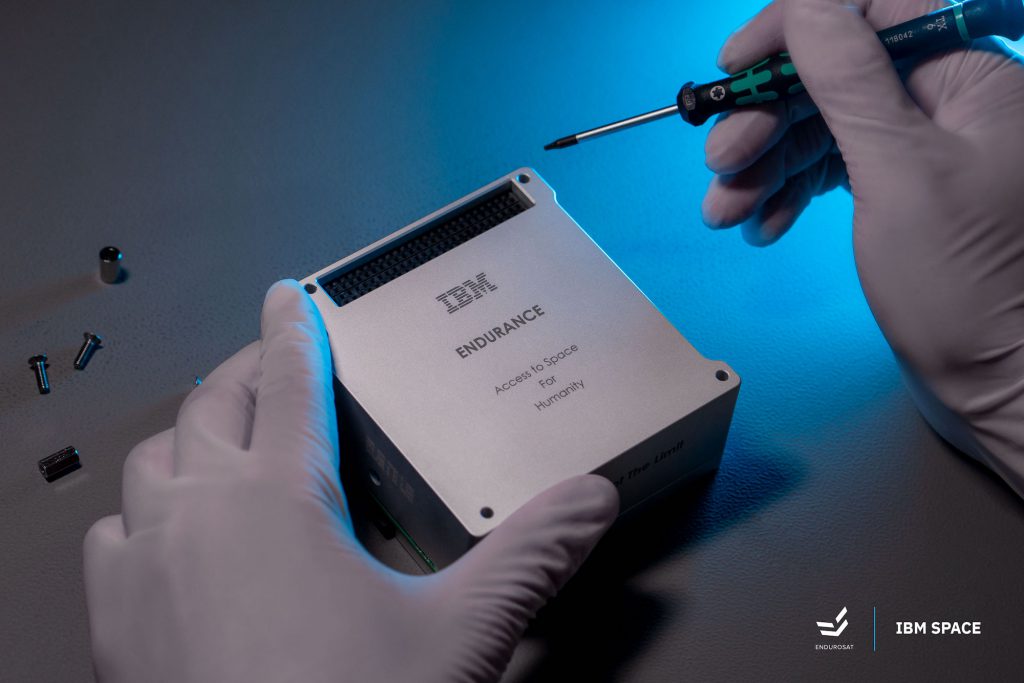 The IBM team’s project goal for this mission is to help streamline the process for getting school-aged children access to the wonders of space using technology so participating students can interact directly with a CubeSat, a type of NanoSat built in cube form, in Low Earth Orbit.

By running experiments on EnduroSat’s Cube satellite, the IBM team is taking data processing closer to where data is being produced, to get near real-time results. The workload uplink request initiates in IBM Cloud to send code up and receive data back. The project provides not only an opportunity to save bandwidth, but also expedite data processing by sorting images at the “edge” and downloading only the valuable data via IBM Cloud. 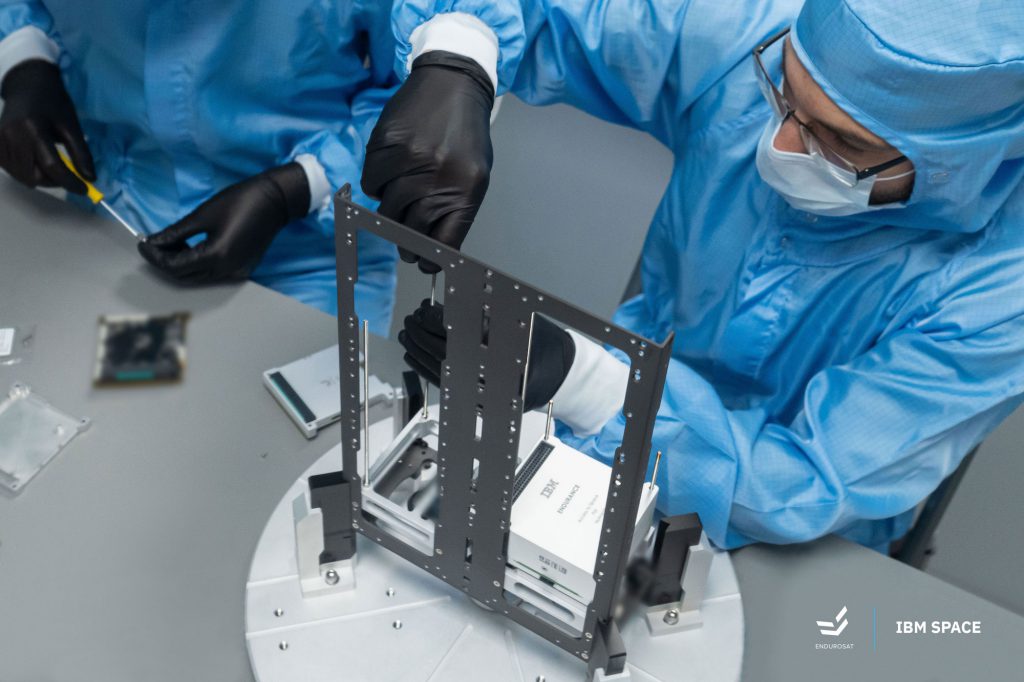 As part of IBM’s ongoing skills-building initiatives, five teams of students who participate on IBM skilling programs have been selected to work with the IBM development and volunteer teams for this project. IBM Cloud provides a development environment for the students to build code and send it into space. The teams are from P-TECH 535 (Rochester, MN, U.S.), Falcon Tech (Longmont, CO, U.S..), Leeds City College (Leeds, U.K.) and two teams from National Taipei University of Technology (Taiwan). Each team will have the opportunity to learn from IBMers on topics such as engineering and coding. Workplace skills such as collaboration, analytical thinking, agility and entrepreneurship will also be conveyed. 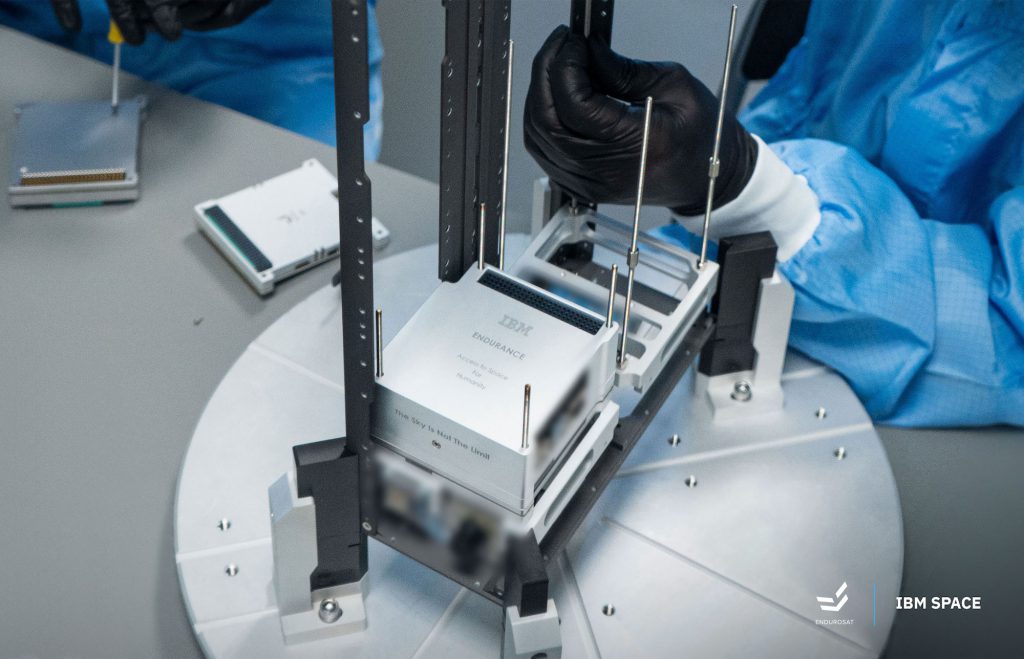 This work to help democratize access to space will help further accelerate space exploration and innovation. IBM’s edge computing in space experiment will run containers in space and apply AI on the raw data being produced on the satellite. The actionable insights gained will be communicated back to IBM Cloud on earth, a hybrid solution extending from terrestrial networks to the far edge in space. We are ecstatic about our Endurance project, and to be ‘going to space’ in collaboration with EnduroSat. The sky is not the limit.