Following the successful collaboration on Kuwait’s first CubeSat mission, the two companies look to expand into the booming space market of the Middle East

EnduroSat and Orbital Space are excited to announce a collaborative partnership which aims to enhance the growth and development of NanoSat services and technologies in the Middle East.
The two space companies have agreed to share technological, legal, market and business insights that will help them drive innovation, productivity and revenue. The main focus of the cooperation is to introduce innovative space technologies and services for business and science programs.

The increased number of space missions worldwide requires a new approach to satellites and space services. Our goal is to streamline space operations and to simplify the access to space data.
Through our newly formed partnership, we’ll be able to support commercial, science and exploration teams from the Gulf region in their ambitious space development plans. We hope to bring value to the Gulf space ecosystem in its fantastic effort to grow and expand

The foundation for this Bulgarian-Kuwaiti partnership was laid during the work on Kuwait’s first satellite mission “QMR-KWT” (from Arabic, meaning: “Moon of Kuwait”).
The 1U CubeSat mission will allow students worldwide to send their own programming code in space which will be executed by the satellite’s onboard computer and tested in a real space environment.
The “Moon of Kuwait” is set to launch in Q2 on SpaceX’s Falcon 9 rocket.

We are thrilled and honoured to partner with EnduroSat in opening up new opportunities and encourage solutions that will bring space closer to the Middle East. 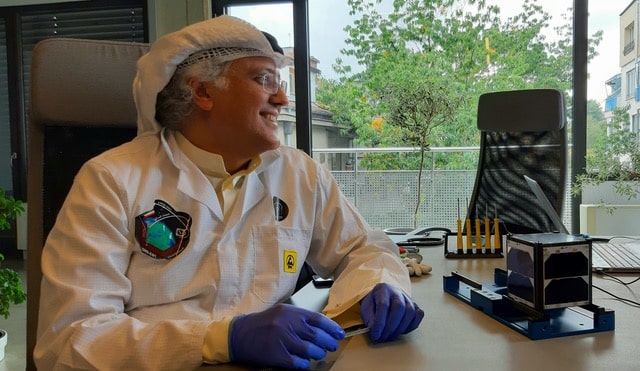 About Orbital Space:
Established in August 2018, Orbital Space is the first company in the Arab World to provide access to space through CubeSat technology. The company’s focus is to make Low Earth Orbit (LEO) accessible to all by facilitating CubeSat missions from concept to commissioning in orbit.
Orbital Space’s mission is to support the transformation of the Arab World into space-faring nations by promoting space research and technology development through educational programs for the Arab youth.
Learn more at: orbital-space.com